Author Madalyn Kinsey will be featured in the Fishers and Noblesville Magazine.

To read the full article please use a link below. 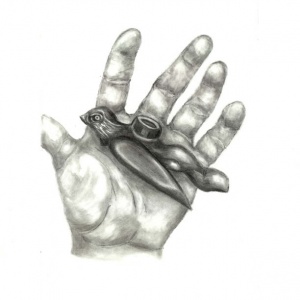 The Ghost of Cheeney Creek Video

For eighth-grader Vanessa the easy-going life of summer vacation stretches before her in all its glory. Her visions of sleeping late every morning and watching as much television as possible evaporate quickly, though. Her mother has arranged for her to spend two weeks with her aunt, uncle, and cousins she barely knows on a farm! Making matters worse, the farm is haunted by a Civil War ghost reisiding in a cemetery only steps from the house. This is definitely not the plan she had in mind for her summer of 1967.
Posted by Madalyn Kinsey on March 6, 2015
Blog

Read the Book, Then Visit the Cemetery 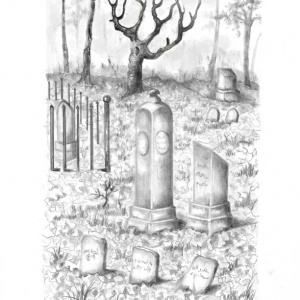 An illustration from The Ghost of Cheeney Creek drawn by Sharon Cazzell.

Occasionally, people ask about visiting the cemetery described in The Ghost of Cheeney Creek after reading the book or attending one of my book chats. For instance, last week the girls of Girl Scout Troop 1656 in Noblesville, Indiana, hatched a plan to have a sleepover after they read the book, and then visit the cemetery. The cemetery is very old. The last burial in it was in 1907. Mostly Eller’s and Allison’s are buried there. No one seems to visit those graves anymore, from the looks of it. It isn’t on a public street, or on any street, for that matter. It’s located roughly in the area of 106th Street and Allisonville Road in Fishers, Indiana. The best way to find it is to go into the Gatewood subdivision just north of that intersection off Allisonville Road, and then work your way to the south, finally parking in a cul-de-sac facing a woods at the end of Woodridge Lane. Walk along a grassy path south and you’ll find it. The grave of Civil War soldier (some say deserter) James Payne, the muse for the ghost of James Parker in the book, is the first grave you’ll encounter, off alone in a rocky corner under a tree The cemetery is secluded; surrounded by woods, and framed by Cheeney Creek as it winds through the area. You might just see the wisp of the ghost of James Payne as  you stand near his grave (if you’re lucky)!

The Penquins at Glendale Mall 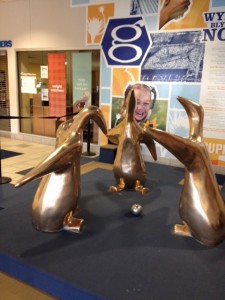 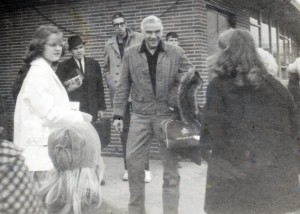 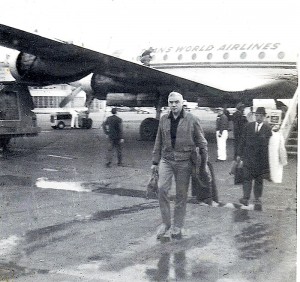 A couple of years ago, perhaps in 2010, SyFy Channel’s paranormal investigation program, Fact or Faked, came to Fishers, Indiana, to investigate the grave of Civil War soldier James Payne at the request of a local resident who claimed his ghost was menacing her nearby home. Of note is that the ghost of Civil War soldier James Parker in The Ghost of Cheeney Creek is loosely based on James Payne. The author was unaware of this investigation until it was brought to her attention by a family member half-way through the writing of the book. Before the investigators on the show came to Indiana, they were presented with a video of a night-time paranormal investigation of the cemetery in which a globe of light flew past the camera recording the event. The folks on the show were so impressed by the video that they came to Indiana to investigate its authenticity by attempting to re-create the floating globe of light by non-paranormal means. They were unable to do so, and declared that what was depicted on the video was an authentic paranormal event. Later, TV viewers challenged that conclusion, claiming the globe of light was nothing more than the reflection of light on a spider hanging in its web. Is it that simple? A Youtube of the investigation of the cemetery described in The Ghost of Cheeney Creek can still be seen by searching “Caretaker Ghost Fact of Faked Youtube.” What do you think? 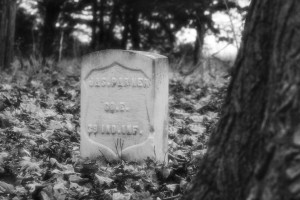 James Payne – Reaching Beyond the Grave?

Although I didn’t know it when I wrote The Ghost of Cheeney Creek, James Payne, the Civil War soldier on whom the ghost in the book is based, is listed as a deserter in the military records kept  in the Indiana State Archives. His grave is located in a lonely, rocky corner of the small county cemetery on what was once my mother’s family farm. I thought it would make an interesting story to have his ghost haunt my cousins in order to spur them to investigate his death and prove he wasn’t a deserter. Half-way through writing the book, my brother found an on-line record that James Payne was listed as a deserter. I’ve since found more information indicating that he deserted at Tyre Springs, Tennessee, on September 15, 1862. What a strange coincidence! Was I manipulated from beyond the grave to write this story? I’m still a bit unsettled by the possibility. I guess we’ll never know. Oh, one more thing. I visited his grave a few weeks ago. When I took out my phone to take a photo of his headstone, it went totally dead. When I returned to my car, the phone came right back on. More ghostly manipulation? 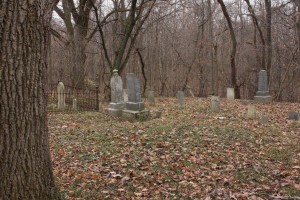